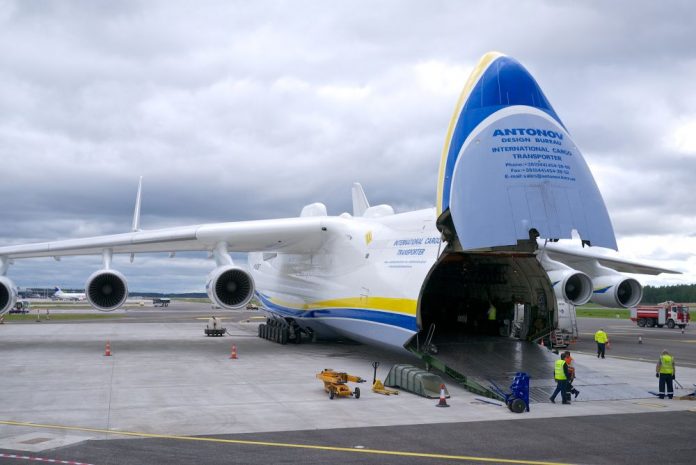 Antonov Airlines parent company, Ukroboronprom has vowed to restore the An225, the world’s largest aircraft destroyed in the fighting for its base at Hostomel near Kyiv, at the expense of the country’s Russian occupiers.

The sole operating example of the world’s largest aircraft – the Antonov An-225 – was reported destroyed on 27 February by Ukraine’s Foreign Minister Dmytro Kuleba.

Originally built to transport the Soviet Space Shuttle, the six-engined An-225 was used by Ukraine-based Antonov Airlines mainly to carry outsize loads, including many related to the Covid pandemic.

Ukroboronprom said it would cost over $3 billion to restore the plane, and take five years, adding: “Ukraine will make every effort to ensure that the aggressor state pays for these works.”

It accused Russia of destroying Mriya because it was a symbol of Ukraine’s aviation capabilities. The An-225 holds records for transportation of biggest commercial cargo and longest and heaviest in the history of aviation.

The company said: “Unfortunately, these options are lost today, however they will be definitely restored. The occupiers destroyed the airplane, but they won’t be able to destroy our common dream. Mriya will definitely be reborn. The restoration is estimated to take over $3bn and over five years. Our task is to ensure that these costs are covered by the Russian Federation, which has caused intentional damage to Ukraine’s aviation and the air cargo sector.

“Russia has destroyed our Mriya…but the dream of Ukraine to get free from the occupier cannot be destroyed. We will fight for our land and our home until we win. And after the victory, we will definitely finish our new Mriya, which has been waiting for this in a safe place for many years.”

The latter appears to be a reference to the fact that enough components exist to build another complete An225.

Ukroboronprom said that at the time of invasion, the AN-225 Mriya was under repair at Gostomel airport, hence the failure to evacuate the plane in time.

The An225 was in normal times used only to carry exceptionally large loads, Antonov Airlines had lately reported that it was very busy operating virtually a fully schedule to carry Covid-related material or to cater for increased airfreight demand in response to global shipping disruption.