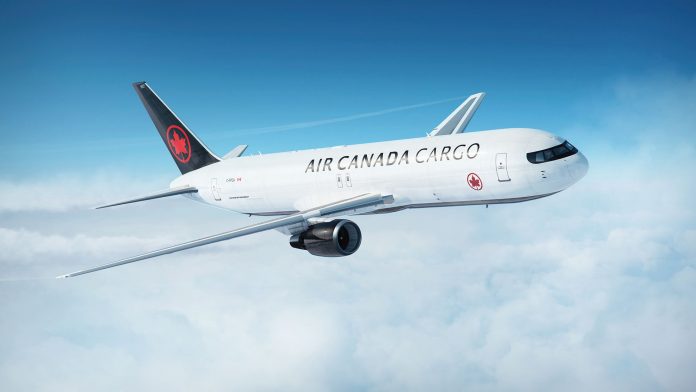 Air Canada Cargo has already boosted cargo capacity into Vancouver from Toronto, Montreal and Calgary in November to allow for the transport of critical supplies.

The new aircraft is currently planned to operate between Toronto and Frankfurt for the remainder of 2021, in addition to the flights to Vancouver. In 2022, it will also serve Miami, Quito, Lima, Mexico City and Guadalajara, primarily out of Toronto. Madrid, Halifax and St. John’s are planned when the second aircraft is delivered in the first half of 2022.

The Boeing 767-300ER freighters will allow Air Canada Cargo to offer five different main deck configurations, increasing the overall cargo capacity of each aircraft to nearly 58 tonnes or 438 cubic metres, with about 75% on the main deck.