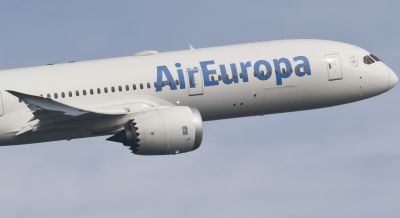 Air Europa has extended its cargo handling contract extensions with Worldwide Flight Services in Madrid and Barcelona, to the end of 2022.

Spain’s third largest airline operates Boeing 787 and 737-800 passenger aircraft with bellyhold cargo capacity from the two Spanish airports to North and South America including New York, Miami and Lima as well as destinations in Europe.

The carrier has been a WFS customer in Madrid since 2018, and signed its first agreement with the world’s largest handler in Barcelona last January.

It contributed 27,000 tonnes of throughput at WFS’ cargo terminal in Madrid in 2020 as well as hundreds of tonnes in the first five months of its contract in Barcelona.

WFS operates a total warehouse footprint of over 270,000sq ft including two recently cool rooms for temperature-controlled cargo in Madrid, doubling the size of the facility’s Good Distribution Practice (GDP) certified  specialist capacity for pharmaceutical shipments to over 160,000sq ft.