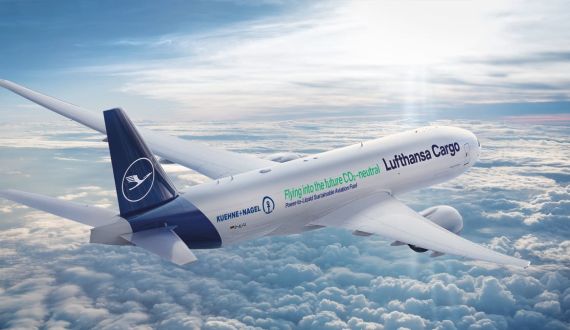 Lufthansa Cargo and Kuehne+Nagel have signed a new partnership to promote CO2-neutral power-to-liquid aviation fuel. They have agreed to an annual purchase of 25,000 litres of synthetic crude oil agreed for at least five years, which will then be refined into finished Jet A1 fuel for aircraft at Atmosfair’s Heide refinery, north of Hamburg. Atmosfair says the pl;ant will go into regular operation in the first quarter of 2022.

Until now, Lufthansa Cargo and Kuehne+Nagel have used sustainable aviation fuels (SAF) of biogenic origin – that is, synthetic paraffin based on used cooking oils, for example. But to produce synthetic paraffin, also known as power-to-liquid fuel, the synthetic crude oil is produced from regeneratively generated electricity, water and CO2 and such fuel is considered CO2-neutral.

While still in the development stage, they are already considered a long-term alternative to conventional paraffin or biogenic SAF, as there are in theory no availability limits.