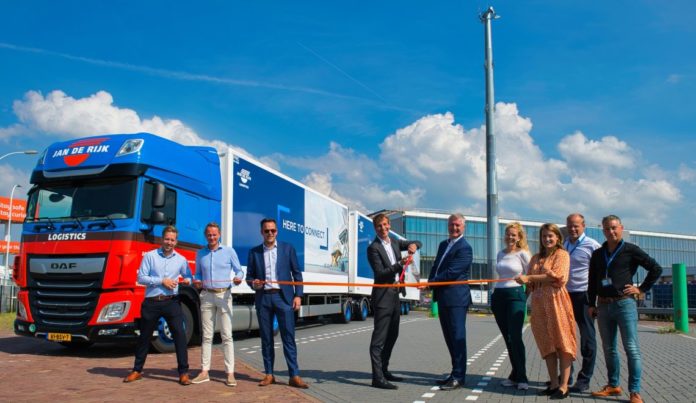 LHVs with a maximum gross weight of up to 60 tonnes and up to 25.25 metres long are allowed by a number of European countries under controlled conditions. AFKLMP Cargo says its LHV can carry six unit load devices (ULDs) compared with only four for a standard truck, substantially reducing CO₂ emissions.

The new LHV will be used exclusively between Amsterdam Airport Schiphol and Frankfurt am Main, two major AFKLMP Cargo hubs.

HVO fuel, also known as “blue diesel” can reduce CO₂ emissions by as much as 89% and, say the partners, is the first of its kind.

AFKLMP Cargo and Jan de Rijk will continue their research including development of electric trucks and the use of hydrogen as a sustainable fuel.