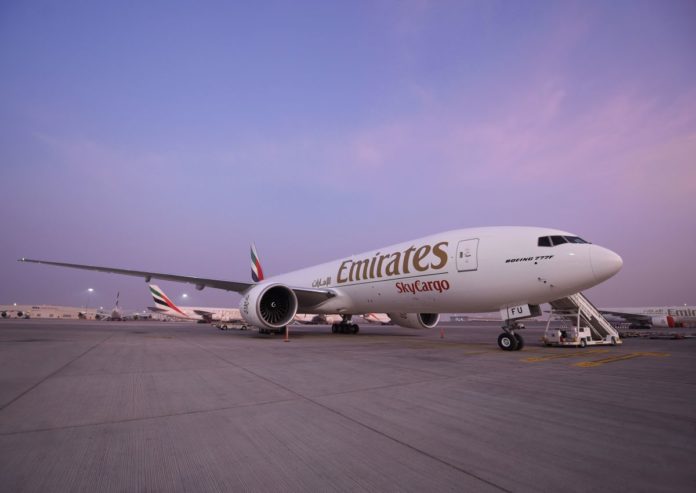 Emirates SkyCargo has taken delivery of a further Boeing 777-F, allowing it to maintain its fleet total of the type at 11 after returning another leased aircraft.

The Mideast carrier says its global markets are booming and it has recently increased weekly freighter flights to China by four, adding more than 400 tonnes of capacity.

It also plans to increase frequencies to Hanoi and Sydney and increase capacity to Nairobi with a multi-stop route from Dubai to Eldoret in Kenya, Nairobi, Maastricht, Netherlands and Zaragoza, Spain before returning to Dubai.

Emirates also plans to convert 10 passenger 777s into freighters, boosting its fleet to 21 by the end of 2026.