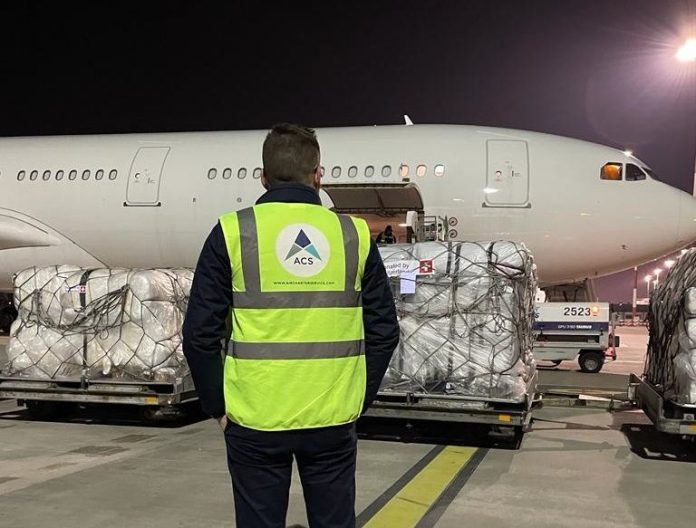 Air Charter Service has now arranged more than 20 relief flights to Poland and several more to Moldova carrying cargo such as tents and medical supplies, to aid Ukrainian refugees. Its team has not only been facilitating flight operations, but has also been purchasing and delivering supplies to various border camps and driving refugees to other destinations in Poland.

ACS’s director of government and humanitarian services, Ben Dinsdale, commented: “The stories are terrifying, and we are pulling out all the stops to make sure we do our part in the operation and get as many humanitarian flights into surrounding countries where Ukraine’s refugees have been arriving. We expect many more flights over the coming weeks and months, as the refugee numbers continue to grow. Generally the flights have been arriving into Poland, but we have also had several to Chisinau in Moldova, which is a short drive to the border.”

He added: “Beyond focussing on the charters we are also looking at what we can do to help the families that our team in Poland is meeting. Through our Charity Committee our employees raised more than £10,000 so far and we have put that to good use. The team in Poland hired a van and filled it with supplies including nappies, baby food, baby wipes, toothpaste, toothbrushes, sanitary products and snacks for children, and delivered it all directly to refugee camps. After finding out that a shortage of accommodation and onward transportation was becoming a problem, they then hired a minibus and have personally transported over 40 people from 12 families from the camps to major cities – some days they were driving for 15 hours.”

Head of the ACS Charity Committee, Katie Ivie added: “The team on the ground have done a great job so far, but we are trying to do more. We currently have a number of larger projects in the works to help families fleeing this conflict. ACS has a long history of working with Ukrainian airlines and customers, many of whom have family either fleeing the conflict or who are stuck in Ukraine, so we are reaching out to do what we can. We are also directing anyone who will listen to donate to the Disasters Emergency Committee as no doubt there will be millions more refugees pouring into Europe to escape the fighting.”

View a video about the ACS team’s efforts here: here