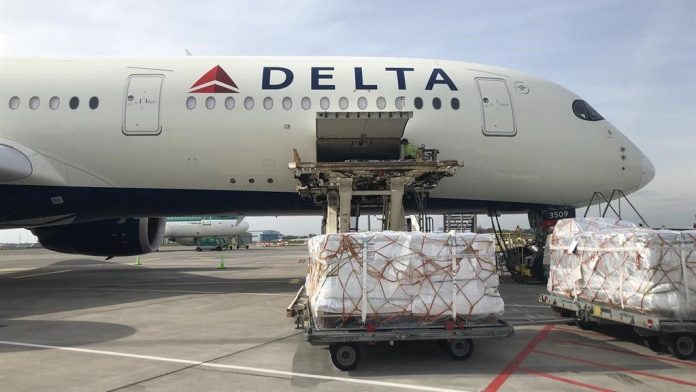 Delta is transport the equivalent of more than 3.2 million 8-ounce bottles of baby formula from the UK to the US in support of Operation Fly Formula. The carrier will fly the Kendamil formula from London Heathrow to Boston Logan Airport and Detroit Metropolitan on 13 flights on June 20-24.

The formula will be distributed and available for purchase at retailers nationwide, as well as online,  as part of the US government’s Operation Fly Formula to speed up the import of infant formula and start getting more formula to stores.

The departments of Agriculture and Health and Human Services are authorized to use Defense Department-contracted commercial aircraft for the flights. The operation has already brought in the equivalent of 1.5 million 8-ounce bottles of infant formula to the US, the White House said.