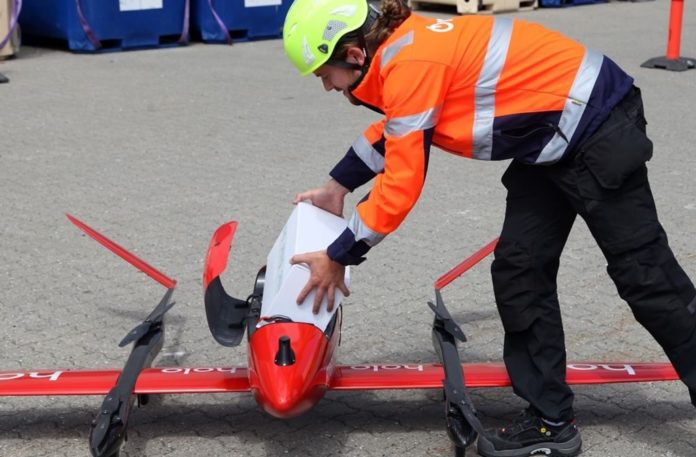 Technicians bring their tools and the components most often needed for the wind turbines, but if special spare parts are needed, they must go back onshore to get them.

The drones are powered by renewable electricity and will fly autonomously to the offshore substation, but there are plans to test the drones on flights to the wind turbines at a later stage.

The test flights will run over two weeks from Ørsted’s operations base at the Port of Grenaa to the offshore substation 25 km out at sea and, potentially, to the wind turbines. The electric drone has a range of 100 km and a payload capacity of 2.5 kg. Drones are provided by Swiss-based RigiTech and Danish operator Holo.