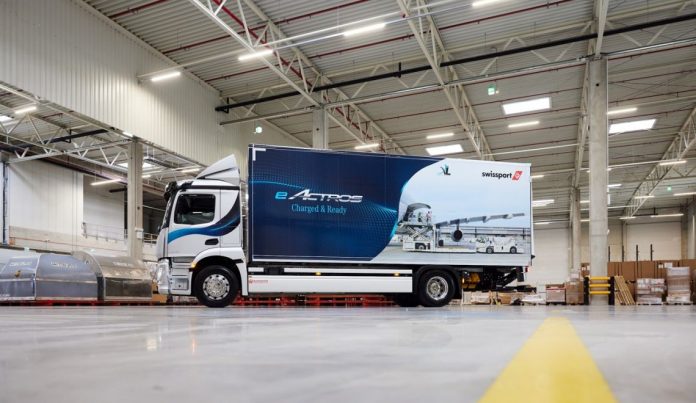 Swissport has officially inaugurated its new air off airport cargo center near Vienna Airport with a dedicated electric truck shuttle, the first of its kind in the handler’s global network.

The new 8,000sq m facility is in the DLH SkyLog Park in Fischamend close to the. Swissport is one of the first occupants at the site.

A 900,000-kWh photovoltaic system produces enough electricity to power about 260 households. High-performance charging available allows the Swissport e-truck to shuttle between the two locations without restrictions.