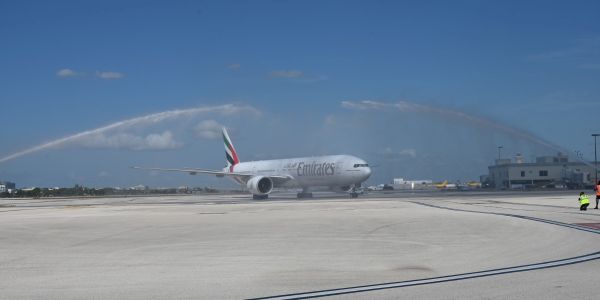 Emirates inaugural flight to Miami International Airport touched down in Florida at 11am on July 22. The four times a week Dubai-Miami passenger service – the first ever between the two gateways – is operated by a Boeing 777-300ER.

The Middle Eastern carrier has been operating passenger freighter services to Miami since October 2020 and has also in the past operated several charter flights on its Boeing 777 full freighter aircraft to transport champion horses from Miami to equestrian events around the world. Since 2019, the airline has moved more than 7,700 tonnes of cargo in and out of Miami.