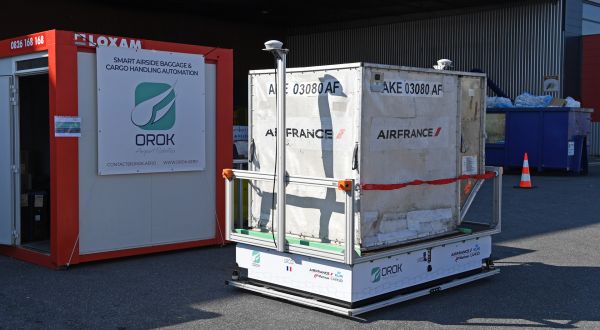 Produced by French startup OROK, it uses GPS and sensors to access loading and unloading areas close to the aircraft, supervised by a server through artificial intelligence. It can the 30 and 40 suitcases, containers or freight pallets and is could one day replace tractors and trailers usually used between cargo warehouses or baggage sorting centres and aircraft parking stands.

The solution was developed by OROK as its submission to an innovation challenge dedicated to cargo organized by Groupe ADP.

President and co-founder of OROK, Pierrick Boyer,  said: “We strongly believe in the complete automation of the tarmac because, thanks to this type of solution, we bring operational peace of mind and better working conditions, while reducing operational costs and expenses related to accidents and the reprocessing of cargo and baggage. Not to mention the optimisation of flows and the ecological aspect since our solution is 100% electric.”