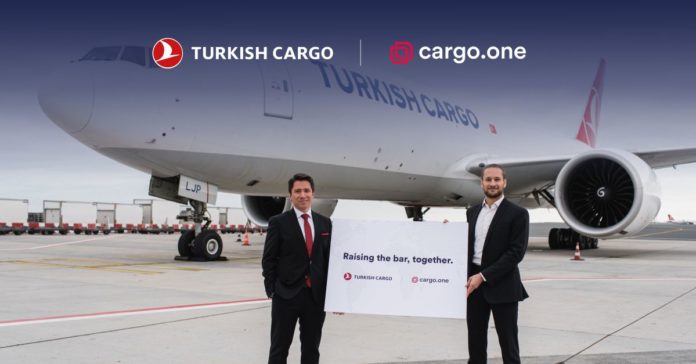 The Cargo.one digital marketplace has signed a global partnership with Turkish Cargo, bring the number of  bookable airlines on the platform to40, or 50% of global air cargo capacity.

Turkish Cargo is now the fifth largest cargo carrier in the world, having ranked only 33rd in 2010. Major investments include the SmartIST cargo terminal at the new Istanbul airport, along with a comprehensive digitalization strategy that has helped increase business volumes to 9.1 million tonne kilometers in 2021.

Within weeks, cargo.one customers will be able to book capacity across Turkish Cargo’s network of more than 340 destinations including North America, South America, Europe, and Asia.