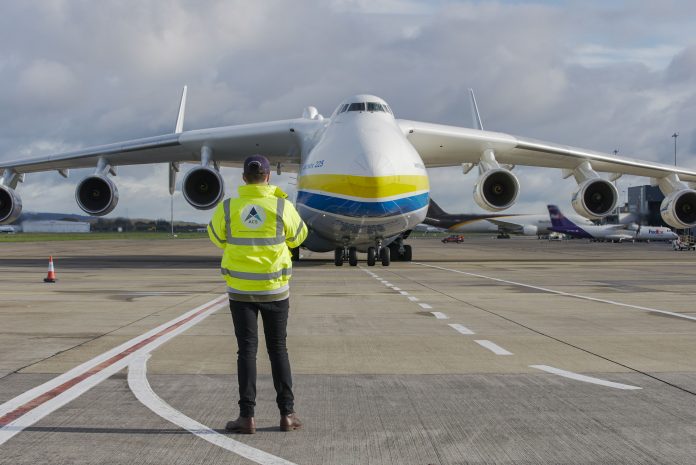 UK-based charter company Air Charter Service (ACS) has arranged its first cargo relief flights in aid of refugees from the war in Ukraine. The first, a 737 freighter from the UK to Rzeszów – about 30 miles from the Ukraine border – took place on 2 March and ACS says it has at least six more flights planned for various organisations at time of writing. It has put its emergency response procedures in place to help deal with what could be a significant airlift.

ACS cargo personnel will be shortly arriving in Poland, to coordinate future flights into Warsaw, Rzeszów and Chișinău and further flights are being planned into multiple countries bordering Ukraine.

During previous large scale humanitarian relief operations, a large amount of air cargo capacity has been provided by specialist operators of large freighters such as the An124 and the now destroyed An225 (pictured, during happier times). However, says ACS, the industry must now mobilise with a smaller pool of aircraft available than would normally be the case due to many of these specialist cargo airlines being either Russian, which will obviously not be used, or Ukrainian who in many cases have had their operations disrupted or aircraft destroyed.

ACS director for humanitarian services Ben Dinsdale said: “The cargo so far has been medicines and tents being sent from airports in the UK, Switzerland and the Middle East. It is an evolving situation but there is the potential for a significant number more flights if the number of potential refugees being reported is accurate.

“The cargo industry is going to have to move into yet another gear to help deal with increased demand and the smaller pool of aircraft now available. In a market already struggling for available aircraft due to the well-publicised supply chain issues gripping the world, we have mobilised our cargo team and emergency response procedures to ensure we can find solutions for all relief flights heading to the region.”

Group cargo director, Dan Morgan-Evans added: “This is a heart-breaking situation. Having spoken to some of our colleagues who work for our Ukrainian airline partners, the stories are terrifying, and we plan to pull out all the stops to make sure we do our part in the operation and get as many humanitarian flights into surrounding countries where refugees have been arriving.

“The fact that a number Ukrainian aircraft that would normally be used in such humanitarian operations have been destroyed during this invasion just compounds the challenge the industry now faces. I am confident however that, as an industry, we will all rise to this challenge as we have so many times before.”

He concluded: “The fact that so many of our cargo aviation colleagues in Ukraine, who have contributed so much to so many refugee crises around the world are now refugees themselves is devastating, and we would ask any of them needing help to reach out to us and we, or our people on the ground in Poland, will do all we can to help.

“Beyond focussing on the charters, we are also looking today at what more we can do to help as a company and hope to have a plan in place this week.”