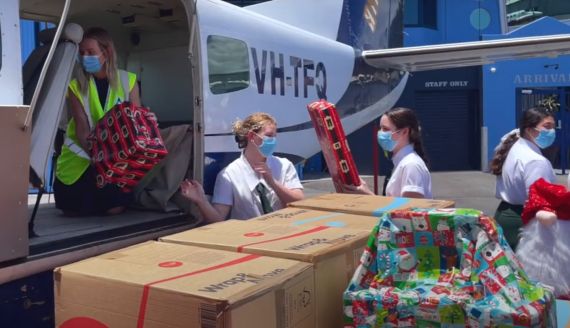 Air Charter Service helped to buy, wrap and deliver more than 300 Christmas presents for children in the remote region of Kowanyama Aboriginal Shire, in Queensland’s far north.
Chief executive of the broker’s Sydney office, Paul Crook, said the operation was planned for almost four months, with some of the team going shopping for the gifts at the toy store earlier in the month. They then helped to wrap them all, using more than 250 metres of wrapping paper. Seats were removed from the Cessna C208 Caravan aircraft removed to fit as many as possible.