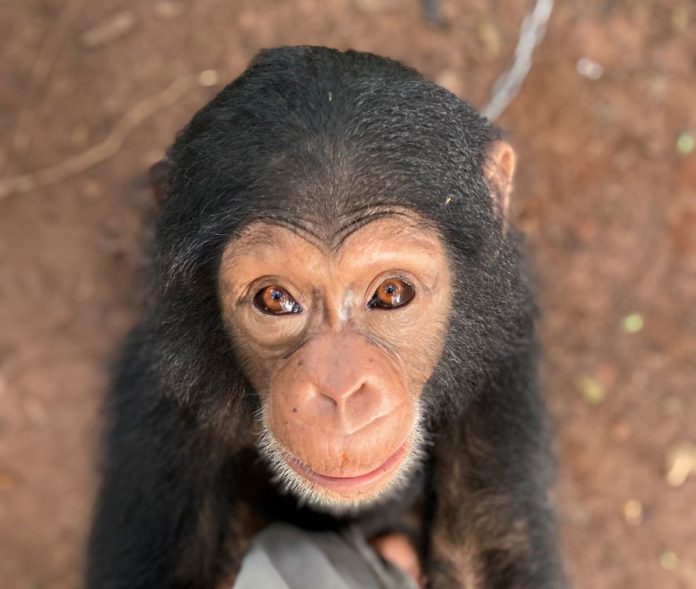 It goes without saying, of course, that chimpanzees should not be pets or forced to live with humans. Unfortunately, many of chimpanzee orphans at the Liberia Chimpanzee Rescue & Protection (LCRP) sanctuary are victims of the illegal pet trade, their mothers killed by poachers and now requiring around the clock care.

Guinea-Bissau has no sanctuary to safeguard the four chimpanzees, prompting negotiations with LCRP, which partnered with the Governments of Guinea-Bissau and Liberia, several animal protection partners, and DHL Express SSA to ensure the safe passage, rehabilitation, and reintegration of the chimpanzees into a community in Liberia.

LCRP was founded in 2016 to rescue chimpanzees who are victims of illegal bush meat and pet trades and it aims to make sure that these wild chimpanzees are indeed kept wild.

The four chimpanzees were transported in an ATR72 LCD (large cargo door) aircraft, which minimised impact of on and off loading of the animals. The aircraft was also modified to ensure first-class treatment throughout the 2hrs 20minutes flight from Osvaldo Vieira International Airport in Guinea-Bissau to Daniel Oduber Quirós International Airport in Liberia. They were accompanied by veterinarian Jim Desmond, co-founder of Liberia Chimpanzee Rescue and Protection.